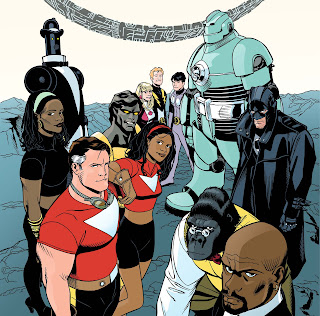 My volume of Modern Masters is listed on the TwoMorrows Publishing site (Click HERE) as shipping on June 26. For those of you who want a preview, HERE's another link, this time to Todd Dezago's blog. Todd conducted the interview with me that makes up the text of the book, and he's reprinted an excerpt from that interview on his blog. Thanks, Todd! For those who don't know, Todd is the writer and co-creator of the wonderful Tellos and Perhapanauts comics, two series well worth checking out.
--C
Update:
It looks like the publication date for this book has been pushed back again--now the Two Morrows site is showing July 10 as the date Modern Masters vol. 21 will be in stock.
Posted by Chris & Xan at 9:16 PM 2 comments:

Happy Birthday, Mike!
Today is my brother Mike's birthday. To commemorate the day, here's another old photo of the two of us, this time taken at the Smithsonian's Star Trek exhibit in Wahington D.C. in the 90's... 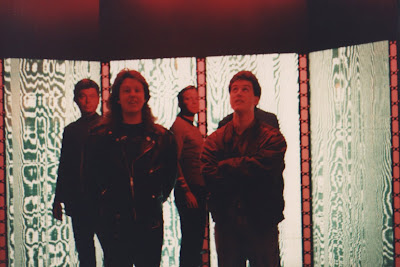 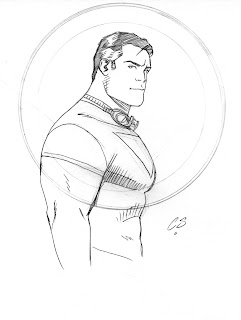 Above: a Tom Strong drawing from my sketchbook

As of this week, there are currently three new books on the racks at your local comic book shop featuring my work: WildC.A.T.S. #11, Authority #11, and a new trade paperback edition of Ocean featuring a new sketchbook section and a few new character design sheets that didn't make the first edition.

I am currently still hard at work on Tom Strong and the Robots of Doom. I'm also spending some time tonight and this weekend compiling previously unpublished art for inclusion in the three forthcoming Tom Strong deluxe hardcover collections. That's right--good news for the SprouseNet readers wondering about the content and format of these slightly over-sized books: I can now tell everyone that Wildstorm is planning to collect the entire series in three volumes, with lots of extras and new cover art. I can't wait to see these things myself!

The PlanktonPod has a new playlist now. It's currently loaded with a Jason Falkner playlist. Falkner is a criminally underrated power pop artist whose work is maddeningly difficult to find in U.S. stores, but it's almost all available on iTunes or at Amazon.com--go check it out!