Peter Hogan alerted me to the fact that someone has posted some video footage of the 2011 Birmingham Comic Con on YouTube (see above), so this seemed like a good reason/time to finally get around to posting about our UK trip. I really enjoyed the little film because I never saw anything of the convention other than a row of people in front of my table and-very briefly- the panel room. Now I feel like I have a sense of what the show was like for everyone else!

Now for the trip recap:
Things got off to a shaky start when the hurricane hitting the east coast of the U.S. caused massive delays. All of our flights were either delayed or cancelled and we ended up spending about sixteen hours sitting in two different airports over two days before we finally left the ground on Friday evening. I was supposed to attend a signing session for VIP ticket holders on Friday night in Birmingham, but we were somewhere over Northeastern Canada or the Atlantic Ocean while that was happening. My apologies to anyone who was hoping for a signature or sketch that night. We finally arrived in Birmingham at 7AM on Saturday morning, almost two full days after leaving our house.

The Birmingham Comic Con began at 9AM, so we rushed to the hotel and I went straight to the convention, where I met lots of really nice fans, signed comics, and sketched until nearly 7PM, when I had just about lost my ability to focus my eyes on whatever I was drawing--I was that tired. I'll offer my apologies again, this time to anyone who had a less than satisfying or enjoyable conversation with me or received a shoddy sketch--I was so tired I literally couldn't see straight by the time I left the show floor! You can see me ramble on and lose my train of thought at the Tom Strong panel when you watch the video above...I still had a really good time, even if I was dead on my feet. James Hodgkins, the person responsible for bringing me to the show, was wonderful as was the convention staff--thank you all! But the highlight of the convention for me was finally meeting Peter Hogan, writer of the two latest Tom Strong series and some of my favorite issues of the original series. Peter was a joy to spend time with and I'm glad we finally were able to talk in person. The post-show dinner was also a blast! Xan and I ate Italian food at a sort of enclosed shopping/living area called The Mailbox with Peter, James, Dave Gibbons and his wife Helen, and Dougie Braithwaite and his wife Sue. We talked about everything from metaphysics (well, Peter and Dave did the talking there) to the Norman Conquest, with the Watchmen movie and old Gerry Anderson TV shows somewhere in between the two. The next day, Xan and I stayed on in Birmingham, walking and shopping at record stores and a comic shop which was actually in the same building as the hotel. We had a nice little meal of UK comfort food (pie and mashed potatoes) at a sidewalk cafe and just generally relaxed after the whirlwind of the previous three days. 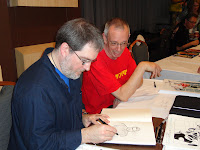 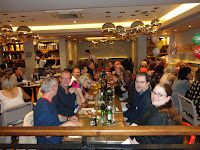 Myself and Peter Hogan at the Birmingham Comic Con (top); dinner at Zizi'z (bottom) 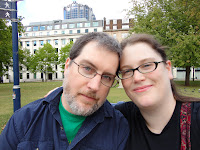 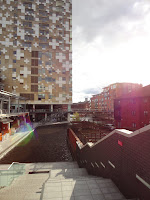 Xan and I in a Birmingham park (left); inside "The Mailbox" (right)

Monday, we were up and on the train for London, where we spent the remainder of our trip. I had never traveled on a train in the UK or Europe and I didn't know what to expect, but I loved it! We passed through lots of picturesque little villages and some beautiful English countryside. We also passed by the site of the Reading Festival and stopped and picked up hundreds of concertgoers on their way home after spending three days in mud and altered states of consciousness, so that was interesting... 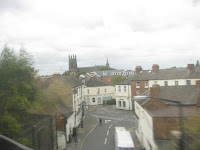 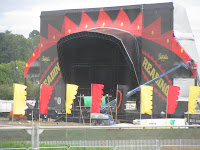 View from the train (top); dismantling the Reading Festival (bottom)

In London, we set up camp in a really cool hotel near Paddington Station, the Hotel Indigo... 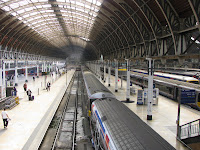 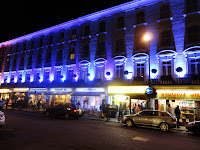 From there, we took the tube and walked all over the city for the next five days or so. We tried to see some new sights and hit some areas we didn't visit last time, such as Trafalgar Square and Portobello Road, but we did repeat some of our favorite things from our 2006 trip, such as shopping at the Tintin Store and some of the same record stores. We also walked through Westminster to the Thames again, but we chose a different side of the river to walk along this time. Xan was even able to find some rare non-U.S. Pez dispensers along the way. 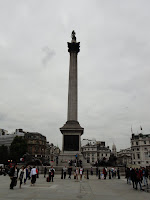 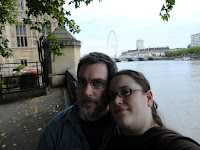 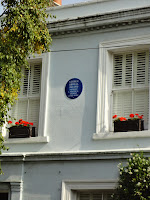 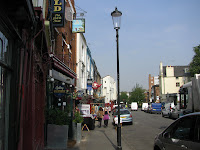 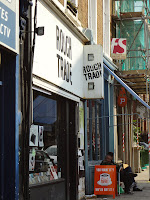 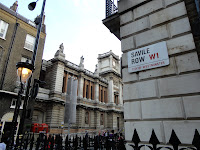 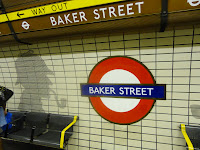 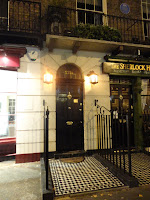 On Thursday, we met Peter Hogan again for lunch before our scheduled signing at the Forbidden Planet store on Shaftesbury Avenue, and after lunch Xan explored all the funky stores in the area while Peter and I did a brief interview at a coffee shop. Then it was on to Forbidden Planet for a couple of hours where we signed and met more wonderful people (both staff and fans) followed by a great Indian dinner with Peter. 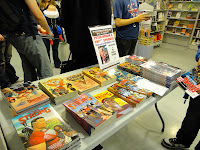 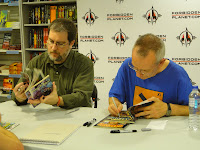 The pile of books waiting for us at Forbidden Planet (top); Peter and I signing (bottom)

On Friday, our last day in the UK, we hit a few more record stores (Sister Ray and Reckless)and a large and frankly nerve-wracking toy store before ending the day and the trip with a visit to the Doctor Who Experience. This consisted of a live audience participation "adventure" wherein we were able to step through the doors of and "pilot" Doctor Who's Tardis (that's his time machine, for those who've never seen the show), interact with some Daleks and other scary series villains before finally being let out into a massive exhibit of sets, costumes and props used on the BBC TV series. This ended up being one of the most enjoyable things we did on our trip--definitely a great way to end our stay. 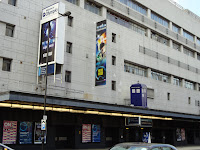 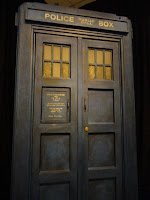 Outside the Doctor Who Experience (left); a Tardis prop from the 1980's (right) 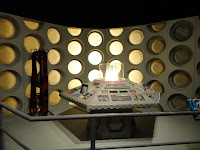 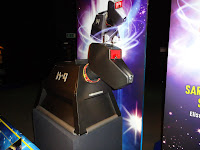 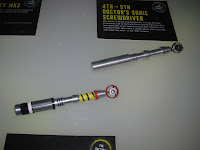 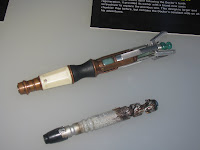 Various Sonic Screwdriver props from throughout the years

Davros and several Daleks on display 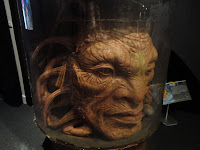 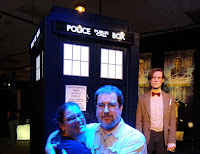 The enormous Face of Bo prop(top); the smiling face of Xan and the creepy face of a Matt Smith wax replica on either side of me (bottom)

Now it's back to work and our everyday lives. Hopefully another five or six years won't pass before I'm able to take a vacation again...

Wow, that Doctor Who exhibit looks like fun! I'd love to have seen it.

It was very cool. I was surprised by how big it was and how much old stuff was on display. Definitely something I'm glad we did, because it'll probably never make it overseas.

Two greats comic artist sitting down to dinner Chris Sprouse and Dave Gibbons what did you talk about. It like Picasso and Matisse or Da Vinci and Michangelo meeting each other. Did you get on or was it like I am better than you.

Ha! We talked about comics (of course)! We all discussed past and future projects and shared convention stories. Other subjects included old children's television series (that was mostly me and Dougie, though), the band XTC, Dave's experiences in Hollywood, English history and even some metaphysics (Dave and Peter mostly). We definitely got on--Dave, like everyone else at the table, was very friendly and great company!