A Virtual Tour
of Plankton Studios
Here's a cyber walk-through of Plankton studios for those who've never visited and for those who have and have perhaps wondered "what is all that crap?"

Click on each photo for a larger view(clicking twice may give you an even larger image). I've tried to point out and label some of the more interesting, fun and/or hard-to-identify items. Enjoy!
--C 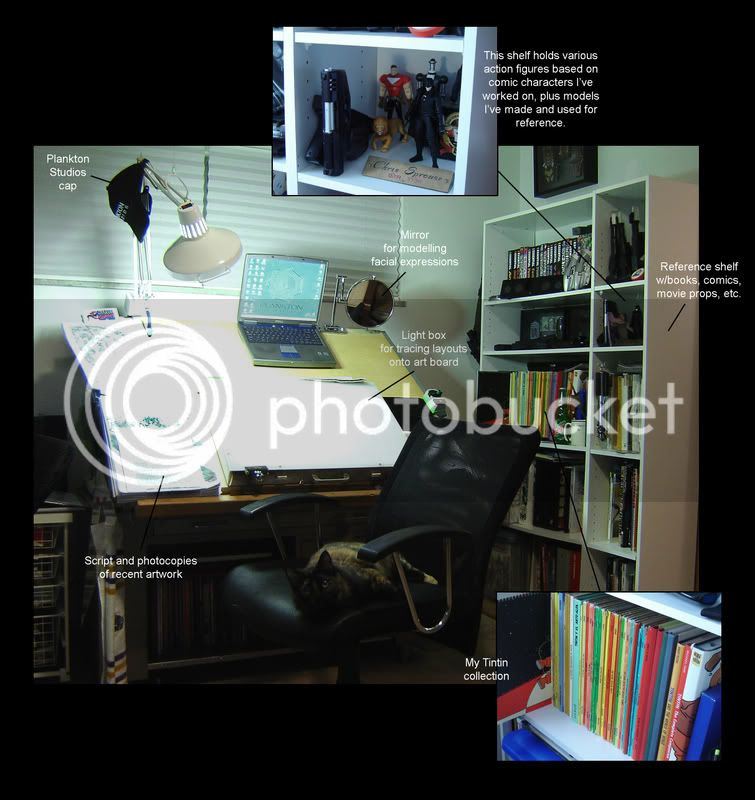 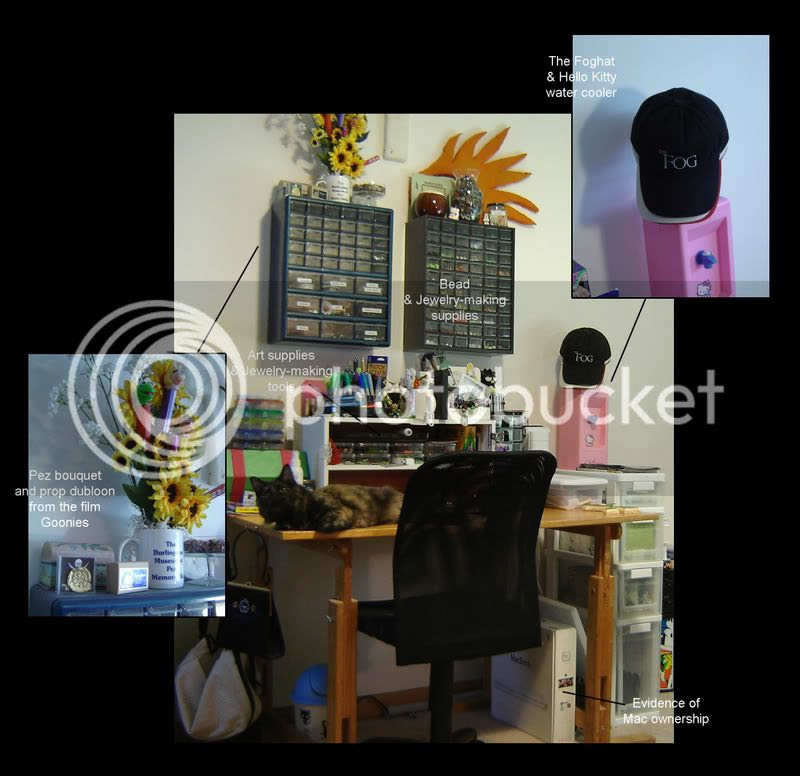 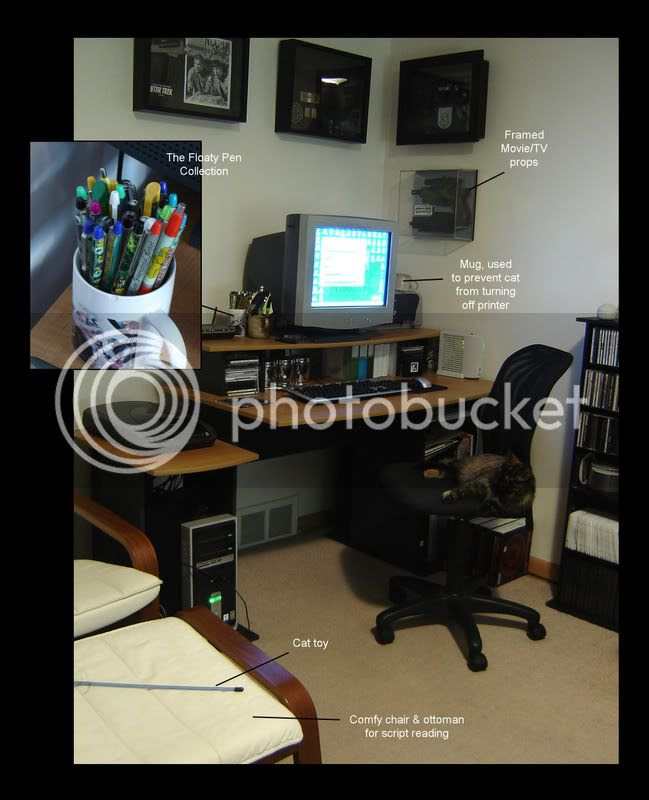 The Computer Corner? The Geek Grotto? I don't know
what to call the above area... 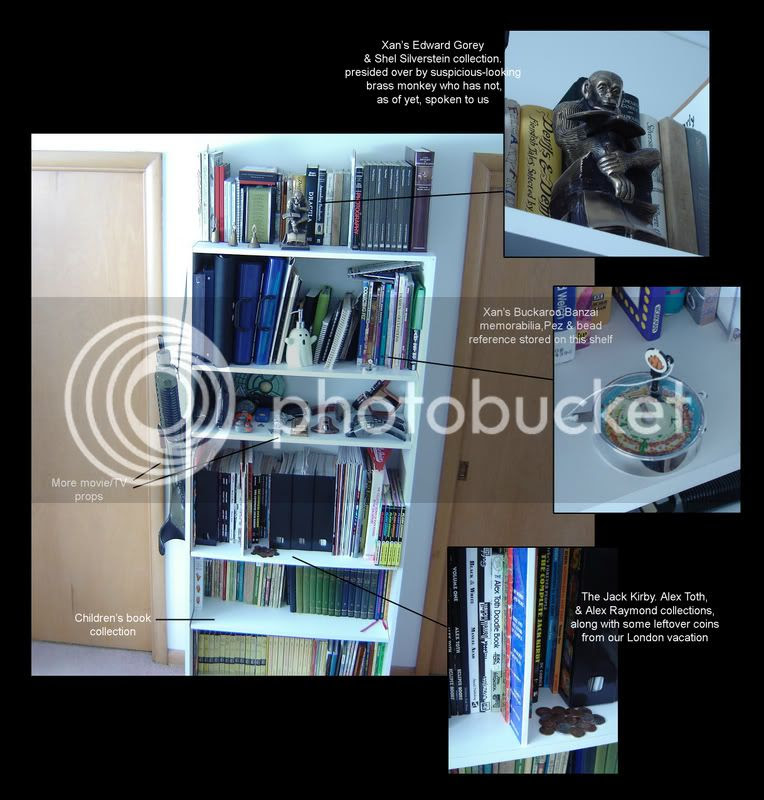 Thanks for that peek inside Plankton Studios! I must admit Chris, I wasn't aware that you had a studio name (other than your given name of course), so this is a revelation of sorts. :)

Also, it's very cool to see how you have your art table arranged. Looks like you have plenty of space to arrange things and yet still maintain some semblance of order and balance.

The studio name is based on an old inside joke between Xan & me. Since it's something just between the two of us and something that makes us both laugh, it seemed like a good name for the workspace we share...and I kind of cleaned up the place before taking the photos--my desk is usually much messier...

Really digging the new studio (well new to me since I've never seen it before now)!

I notice Jess manages to subtly insert herself in nearly every photo! ;)

Believe it or not, I only made her be in the first photo--after that she inserted herself wherever I had the camera pointing. The little ham...

let's not forget the original prop from "night of the living bread", which is hanging on the wall next to the pez bouquet!